A continuum of tasty words… 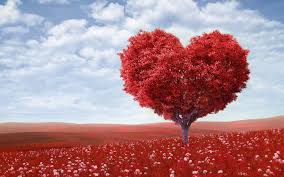 As you all know I love a good love story. I chase you all, trying to share your story with me. And sometimes I stumble across a post of one of you, sharing exactly that story. Like in this case. So I asked. I asked Hillbilly Blogger if I may share his beautiful love story here on my blog. It’s one of those stories that show, in which kind of way we connect. What the energy between us can do. And how intense it can be.

Thank you so very much, for letting me share your love story!

Remember, if you have a beautiful love story to share (yours, your parents or a good friend of yours), feel free to email me (amommasview@gmail.com).

No. And The MSM media is also an eager player in smearing Hillary Clinton.

RACISM AND THE MEDIA

As a major institution in society, the media play a critical role

They provide us with definitions about who we are as a nation; they reinforce our values and norms; they give us concrete examples of what happens to those who transgress these norms; and most importantly, they perpetuate certain ways of seeing the world and peoples within that world.

Media and Racism: How then do the media perpetuate racism?

The media do not stand in isolation from the society on which they report. In fact, they are an integral part of society.

CPTSD differs from PTSD in that CPTSD  is the result if multiple episodes
of abuse sustained from months to years.

My dissociative disorder is in part the result of the institutional racism and homophobia of the mid-20th Century.

Emotional development can not happen when the brain constantly thinks the survival of the body is at stake.

As I begin to remember my childhood, I find that I have panic attacks that make it almost impossible for me to move.

As I type this my heart is racing, my skin crawls and I feel as if I am crushed.

The details of the memory are out of reach yet they are as vivid as if I am living it.

The South of my childhood was saturated with racism and antisemitism.

“I can buy and sell you,” was a common childhood taunt.

The South of my childhood believed that “intellectuals” and “yankee snobs” were the source of its problems.

Art was for sissies.

Compassion was for Sissies.

Intellect was for sissies.

There are therapists who say that severe PTSD is the aftermath of a confrontation with human evil.

M. Scott Peck, the psychiatrist who authored the best-selling self-help book,” The Road Less Traveled, described evil as a form of “militant ignorance“.

According to Peck an evil person is consistently self-deceiving, to avoid guilt and to keep up an image of perfection.

• Deceive others as a consequence of their own self-deception

• Commonly hates with the pretense of love, for the purposes of self-deception as much as deception of others.

• Maintains a high level of respectability based on lies.

• Is consistent in his or her sins. Evil persons are characterized not so much by the magnitude of their sins, but by their consistency (of destructiveness)

• Is unable to think from the viewpoint of their victim (scapegoat)

According to Peck, evil people realize that what they are evil but they can’t tolerate the pain of introspection. They can’t admit that their actions are motivated by evil.

In the South of my childhood the “good people” beat the rest us into our place.

It was a “moral” obligation.

On the first day of the first grade, we children were told to open our books.

Each child was asked to read and as the children stumbled through their paragraphs, the teacher corrected them.

I knew how to read because my Grandmother had taught me when I was four.

I read my paragraph with no difficulty.

The other children snickered.

The teacher sneered at me.

She sent a note to my Mother.

It was I had caused problems in class.

My Mother beat me and screamed at me for causing trouble on the very first day of school.

This was the only time my Father ever stepped in.

My Mother was screaming at me to stop crying while she beat me with a belt buckle.

My Father grabbed her arms and asked how she thought I would stop crying while she beat me.

I was frightened and confused.

It would be years before I understood that as a “kike” I had stepped out-of-place.

I had done the unforgivable thing of behaving as if I was better than the “white” kids.

In the South of my Childhood, kikes were not white.

The next morning I walked alone to the bus stop and noticed that a group of parents was there with their children.

At first, I felt safe because I still associated adults with protection.

But they surrounded me and the parents ordered their children to beat the “faggot“ out of me.

One of the parents pulled out a pair of scissors while the other adults held me down.

She was the next door neighbor.

She said that she was going to cut my eyelashes because they were too long and too pretty.

She said that if I moved she would cut out my eyes and it would be my fault.

This was when I discovered that if I left my body I felt no fear or pain.

That was the morning Bobby was born.