Today is Jazz Wednesday on Teagan’s Books which means a new
episode of Hullaba Lulu.

When Teagan closed her last recap, everyone including the bots
was happily en-route to the Cotton Club in New York.

But while they’re at the club, stuff happens.

I’m not gonna say what happens, but what if Valentino’s train rolls through the club and sweeps everyone up in a roiling vortex?

I’m not saying that’s what happens, but what if?

I used an excerpt from the 1924  ‘Shanghai Shuffle’ by Fletcher Henderson and
his Orchestra. 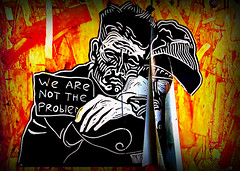