from The Write Stuff

This morning, I’d like to welcome Teagan Geneviene to The Write Stuff. Teagan is sharing a review for The Three Things Serial Story, and I hope you’ll enjoy reading it. I sure did! Please remember to share far and wide today. We’ll do the same for you when it’s your turn. Enjoy!

The Three Things Serial Story: A little 1920’s story has a little bit of everything in it – a touch of a romance or two, stolen goods, a kidnapping, a gang of ruthless men and a satisfactory ending. Teagan manages to achieve all of this in a well written and interesting way based on three word prompts provided by readers of her blog each week. I am frankly quite incredulous that a writer can weave three prompts into each…

from Josh Gross: “We need to get to the point where we perform pro-environmental and pro-social behaviors not because we are trying to, but because they have become second nature.”

This post continues the retelling of my 2017 trip to Belize: participating in an archaeology field school and speaking with jaguar experts. This post details events that took place on July 3, 2017.

The most important lesson of my time in Belize took place on July 3, 2017, and it involved jackfruit trees. Vietnam, Maart, 2009 by Martha de Jong-Lantink. CC BY-NC-ND 2.0

After meeting with Mr. Edgar Correa of the Belize Forest Department, I headed straight for Everest Indian Restaurant. Raj, the owner, had been a great friend to me during the past two weeks. I therefore wanted to spend the rest of my final day in Belize with him.

Raj lavished me with food today. He made delicious chicken curry, the Belizean staple of rice and beans, and more. When I asked Raj how much he wanted for all this food, he answered $10 US. I…

Your White Supremacy is Killing Me

Americans are a funny lot; we’ll give a pass to sexual and religious hypocrisy,
treat the theft of a SCOTUS Seat as if it was a gaming strategy, and wait for a savior as an obviously lawless and malignant GOP conspires with Vladimir Putin to hinder an investigation into an act of war against us. But the sight of a sadistic President gleefully using the federal government to abuse children works our very last nerve.

A federal policy of abusing immigrants and children is kindling for a growing sense that Trump’s government is alien to Americans and a threat to who
we are as a people; at Pride the response to this is we intend to fight back.

A speaker reminded the crowd that gays and feminists didn’t win rights by throwing parties:

At the Families Belong Together March, I heard it expressed as moral outrage:

Our Founders were clear which branch of government steps in when the other three branches are compromised:

“We hold these truths to be self-evident, that all men are created equal, that they are endowed by their Creator with certain inalienable rights, that among these are Life, Liberty, and the pursuit of Happiness.—

That to secure these rights, Governments are instituted among Men, deriving their just powers from the consent of the governed. —

That whenever any Form of Government becomes destructive of these ends, it is the right of the People to alter or to abolish it, and to institute new Government, laying its foundation on such principles, and organizing its powers in such form, as to them shall seem most likely to effect their Safety and Happiness… it is their right, it is their duty, to throw off such Government, and to provide new Guards for their future security.”

State Sanctioned child abuse is intolerable and the horror of a President who devises policies that allow him to indulge in it transcends all differences.

I give Joan Baez the closing line:

“At some point it will become necessary to do Civil Disobedience.”
Joan Baez, June 30, 2018 Families Belong Together 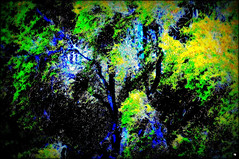