Our system prevents the mentally ill from getting treatment and then incarcerates and or executes us when violent symptoms emerge. It doesn’t matter if people who are getting care don’t get violent if they don’t get the care. The really crazy part is they our system makes people sane so it can execute them.

The mentally ill require a different set of rules 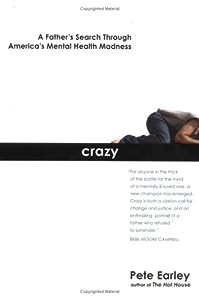 Aaron Schaffhausen enters a St Croix County courtroom in Hudson, Wis., last month. Schaffhausen pleaded guilty of killing his three children, but he maintained that he shouldn’t be held responsible for their deaths because he was mentally ill at the time. (Elizabeth Flores, Minneapolis Star Tribune)

As the father of an adult with a severe mental illness, I am dismayed by a Colorado prosecutor’s decision to seek the death penalty in the Aurora movie theater attack.

Attorneys for the accused gunman, James Holmes, offered to have their client plead guilty in return for a life sentence without parole. That was not good enough for Arapahoe District Attorney George Brauchler.

After consulting with victims…