Imagine you live under a government that says who you are is shameful; you are a crime against nature.

Now imagine the courage it takes to stand up to that government and say, I’m proud of who I am.

In 1955, when the Navy forced Harvey Milk to resign over ‘questions’ about his sexual orientation, being a homosexual was the worst thing a person could be.

Homosexuality ranked with pedophilia as equal in the public mind, and sodomy was a crime in most States.

Coming Out was dangerous and revolutionary.

“If I turned around every time somebody called me a faggot, I’d be walking backward – and I don’t want to walk backward. -Harvey Milk”

Harvey Milk was born May 22, 1930, in Woodmere, New York, to a family of Jewish Lithuanians.

His father served in the U.S. Navy as did his mother, who served as a “Yeomanette” in  World War I.

“As a youngster, Milk listened with his family to radio reports about the Warsaw Ghetto and the plight of Jews in Europe. There was  anti-semitism closer to home as well — nearby towns on Long Island were strongholds for the Ku Klux Klan and the American Nazi Party.” The Essential Jewishness of Harvey Milk

“Jews know we can’t allow discrimination—if for no other reason than we might be on that list someday.” Harvey Milk

In 1972 Milk moved to San Francisco and ran his first campaign for the Board of Supervisors in 1973; he framed gay liberation as part of a fight for the rights of all people.

According to The Advocate,

“[Milk] molded the gay community into a united voting bloc, and his populist agenda—which attracted straight families, working-class voters, and senior citizens—gave him a powerful base.”

He lost his second campaign in 1975, but he established himself as the leading political spokesman for the gay community with strong political allies and a growing activist base.

When friend and ally, Mayor George Moscone appointed him to the city’s Board of Permit Appeals, he became the first openly gay city commissioner in the United States.

“I know you can’t live on hope alone; but without hope, life is not worth living,” Harvey Milk

Milk won his 1977 campaign, and on January 9, 1978, he took his seat on the San Francisco Board of Supervisors.

Milk was clear about why he ran for office as an openly gay man:

“It’s not my victory; it’s yours and yours and yours. If a gay can win, it means there is hope that the system can work for all minorities if we fight. We’ve given them hope.”

– Harvey Milk, after winning a seat on the Board of Supervisors in 1977.”

Supervisor Milk introduced the Nation’s first bill to outlaw discrimination based on sexual orientation. The San Francisco Board of Supervisors passed the bill on March 22, 1978, and Mayor George Moscone signed it into law on April 11, 1978.

Harvey Milk spoke of the value of persisting in the fight to achieve the American ideal of equality:

Harvey Milk served as a supervisor for almost 11 months.

“I can’t forget the looks on faces of people who’ve lost hope. Be they gay, be they seniors, be they blacks looking for an almost-impossible job, be they Latins trying to explain their problems and aspirations in a tongue that’s foreign to them. I personally will never forget that people are more important than buildings. I use the word “I” because I’m proud. I stand here tonight in front of my gay sisters, brothers, and friends because I’m proud of you.” Harvey Milk

Harvey Milk is an American hero because he used his passion and his rights to break through a wall of institutional homophobia and caused the United States to become a more perfect Union.

In 2009 the Nation thanked him for it when President Barack Obama posthumously awarded Milk with America’s highest civilian medal, the Presidential Medal of Freedom, with the following citation:

“Harvey Bernard Milk dedicated his life to shattering boundaries and challenging assumptions. As one of the first openly gay elected officials in this country, he changed the landscape of opportunity for the Nation’s gay community. Throughout his life, he fought discrimination with visionary courage and conviction. Before his tragic death in 1978, he wisely noted, “Hope will never be silent,” and called upon Americans to stay true to the guiding principles of equality and justice for all. Harvey Milk’s voice will forever echo in the hearts of all those who carry forward his timeless message.”

What you get as a citizen of the United States are the tools you need to petition the government for change. The government may or may not listen to you, and if it doesn’t, you get loud.

Harvey Milk got loud, and his faith in the power of hope is still changing our lives.

To be civilized does not mean having studied at university, or having read many books, or possessing great wisdom: we all know that certain individuals with these characteristics were capable of committing acts of absolutely perfect barbarity. To be civilized means to be capable of fully recognizing the humanity of others, even though they have different faces and customs to ours; to know how to put oneself in their place and look at ourselves as if from outside. No one is definitively barbarian or civilized and each one of us is responsible for our actions. But we, who today receive this great honour, have the responsibility to take a step forward towards a little more civilization. Tzvetan Todorov

Photo of Oscar Ramirez and his daughter, Valeria found on twitter, attributed to Maria Estela Avalos. I do not own this image. 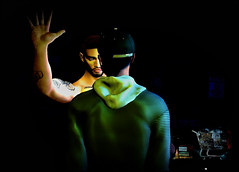 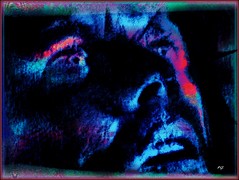 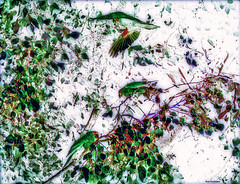 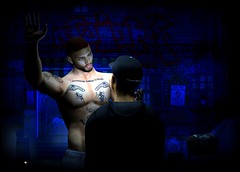 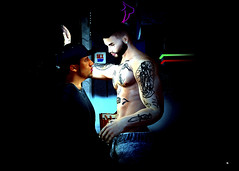 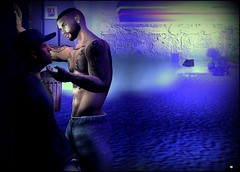